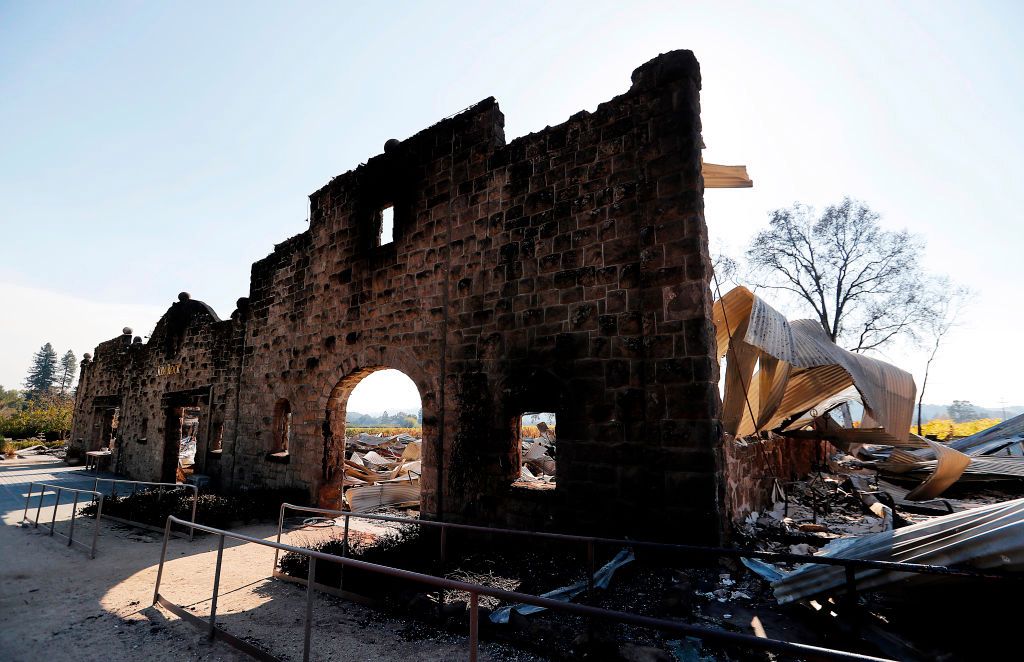 A stone facade is all that remains standing at the Soda Rock Winery, which was destroyed by the Kincade fire. LUIS SINCO/LOS ANGELES TIMES

In late October 2019, a fire covering almost 55,000 acres blazed through Northern California’s wine country. Now known as the “Kincade Fire”, the disaster forced 180,000 people from their homes and left millions without electricity. This is the second October in three years in which fires have blazed across Sonoma county.

California’s wine production accounts for nearly 90% of the entire United States’ wine production, and Sonoma County produces 6% of that total.  The Sonoma County Winegrape Commission (SCW) is a marketing and educational organization committed to the preservation of Sonoma County as a world-class wine-producing region. SCW is at the forefront of helping farmers reduce the spread of fires by adopting sustainable practices. Read more here