IEDC hosted a webinar July 29th on addressing blight after a disaster. The issue of post-disaster blight can pose a series of risks and obstacles to a recovery. If not properly addressed blight can spread into surrounding neighborhoods and bring issues of safety, destabilizing of the tax-base, and make recovery more difficult. A disaster can either accelerate previously established blight or cause blight in what was previously a stable neighborhood. This webinar explored how economic developers can work with local government and citizens to develop and implement blight eliminating programs. The webinar also looked at how neighborhood commerce can assist in blight elimination and how to address vacancy issues. 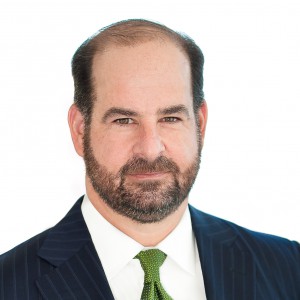 Jeremey Newberg Founder and CEO Capital Access Inc. In 1995, Jeremey Newberg established Capital Access to help develop and implement strategies to revitalize neighborhoods and commercial districts. Over the past five years Mr. Newberg has lead Capital Access to apply its project and grants management skills into financial and stormâ€related disaster recovery services. Mr. Newberg currently leads a team that is providing management services for the $80 million Acquisition for Redevelopment program for the New York State Governor’s Office of Storm Recovery in the boroughs of Staten Island, Queens and Brooklyn. Capital Access provided implementation services for the $1.3 billion New York City Hurricane Sandy Build It Back program. Mr. Newberg lead a team of 22 housing and disaster recovery professionals who supported a case management system that helped 3,200 homeowners complete their eligibility processing and proceed to funding for home repairs, elevations and rebuilds. In 2009, Mr. Newberg developed the vision, strategy and implementation plan that resulted in a $223 million grant for the Michigan Neighborhood Stabilization Program (NSP2) Consortium. He managed a staff of 28 that worked in partnership with HUD, Michigan State Housing Development Authority, 12 cities and 8 land banks to produce 3,600 demolitions, 1,000 improved housing units, 3 mixedâ€use projects and 1,000 land banked parcels. Mr. Newberg worked in housing and community development finance for Neighborhood Housing Services of America, the Federal Reserve Bank of San Francisco and CoreStates Bank serving Philadelphia and South Central Pennsylvania. Mr. Newberg graduated from Washington University in St. Louis. He served as a Coro Fellow in Public Affairs in San Francisco. Mr. Newberg serves on the Board of Directors of the Society Hill Synagogue and is an emeritus member of the Board of Directors of the Pennsylvania Housing Alliance.

About this Webinar Series

With funding from a grant from the U.S. Economic Development Administration (EDA), the 2014 Disaster Preparedness and Economic Recovery Webinar Series is produced by the International Economic Development Council (IEDC). This training series provides practical information on key topics in disaster preparedness, recovery and resiliency for economic development organizations, chambers of commerce, and community stakeholders concerned about the local economy. Please note: Web seminars in this series are not eligible for CEcD certification points.